Another Reason Why I Enjoy This Glassic Community

......because of the people we meet. Last weekend, there was an annual charity event hosted by our city's largest Marina, The Sacramento Marina, which is just about 2 miles from my home. There were many other boat clubs, local brand Keaton boats, Glastron Carlson boats, a beautifully restored '65 Riva, and racing boats, and every year the Sacramento Marina ask the Golden State Glassics if we would like to show our old boats during the Vessels and Vines event, and every year we gladly ablige. So I asked a few friends and we enjoyed a great night of live music, wine drinking, art show, food trucks, and a variety of boats. Most of all just talking old boats in general. Great day and evening with many people in attendance and for a good cause, a local Girls Sea Scouts. 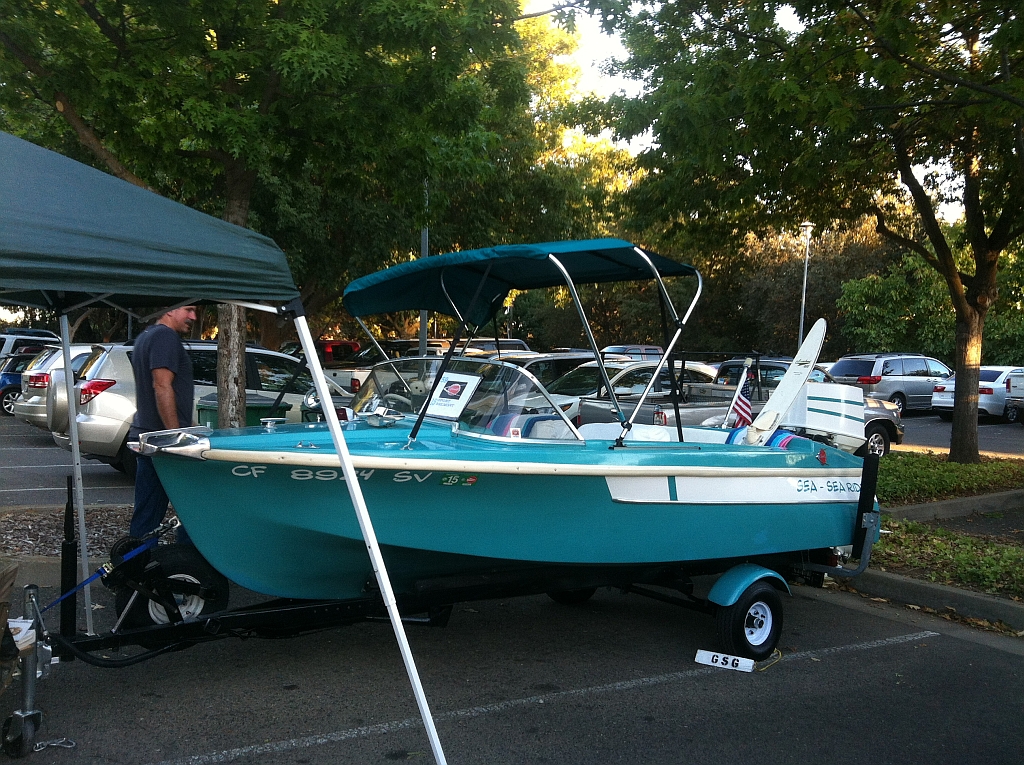 My friend Norm's '54 Crestliner aluminum boat, which is also for sale by the way. Norm did a great job restoring this old boat with all original wood. 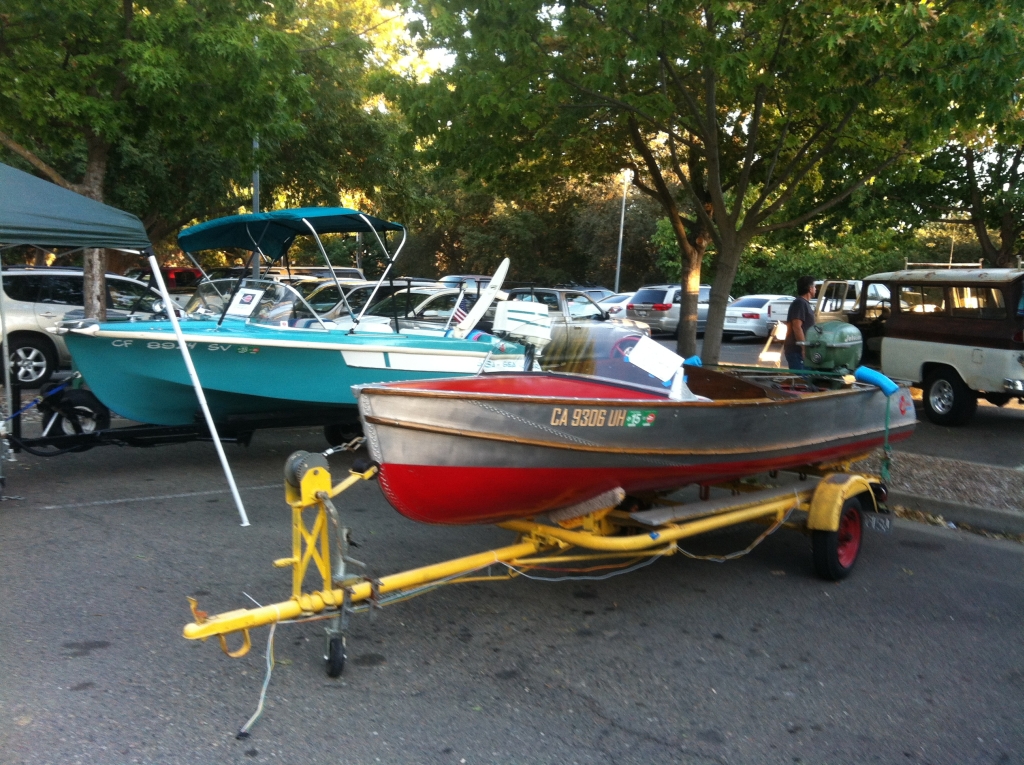 For you Glastron Carlson fans 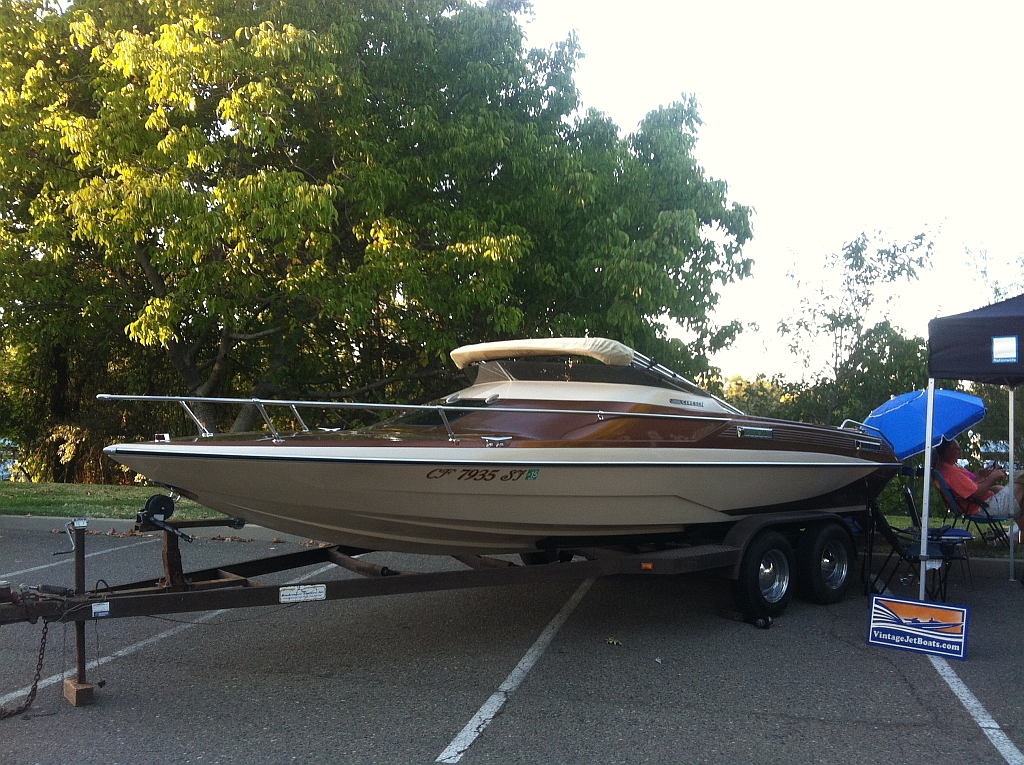 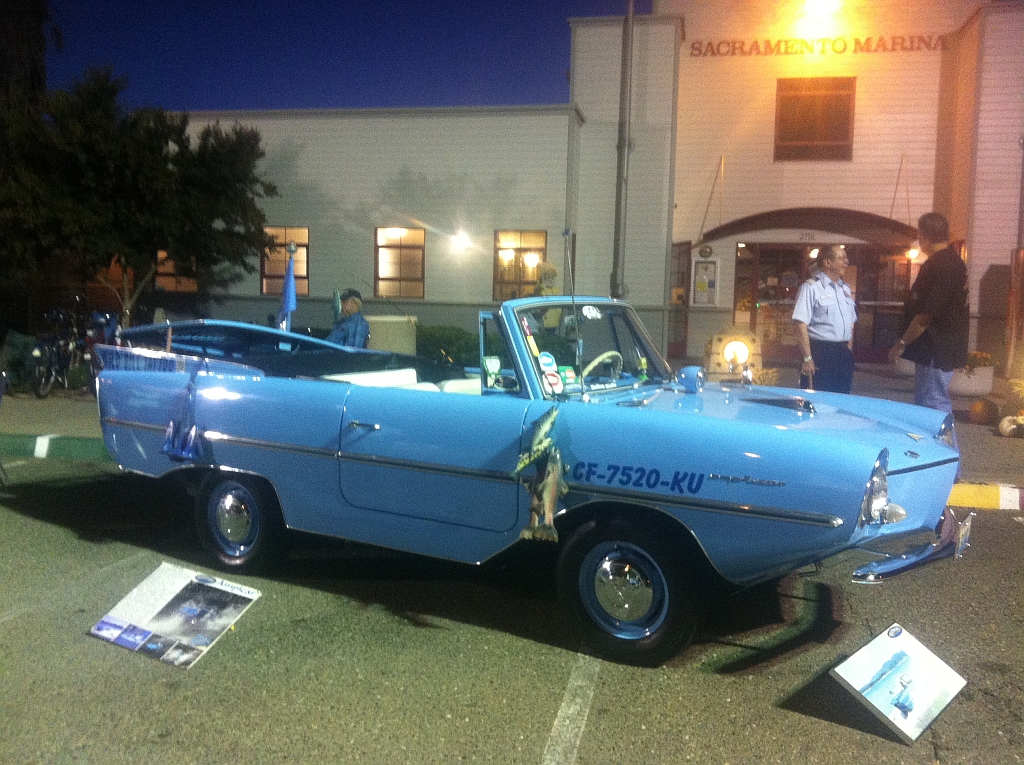 A couple of vintage wood boats. 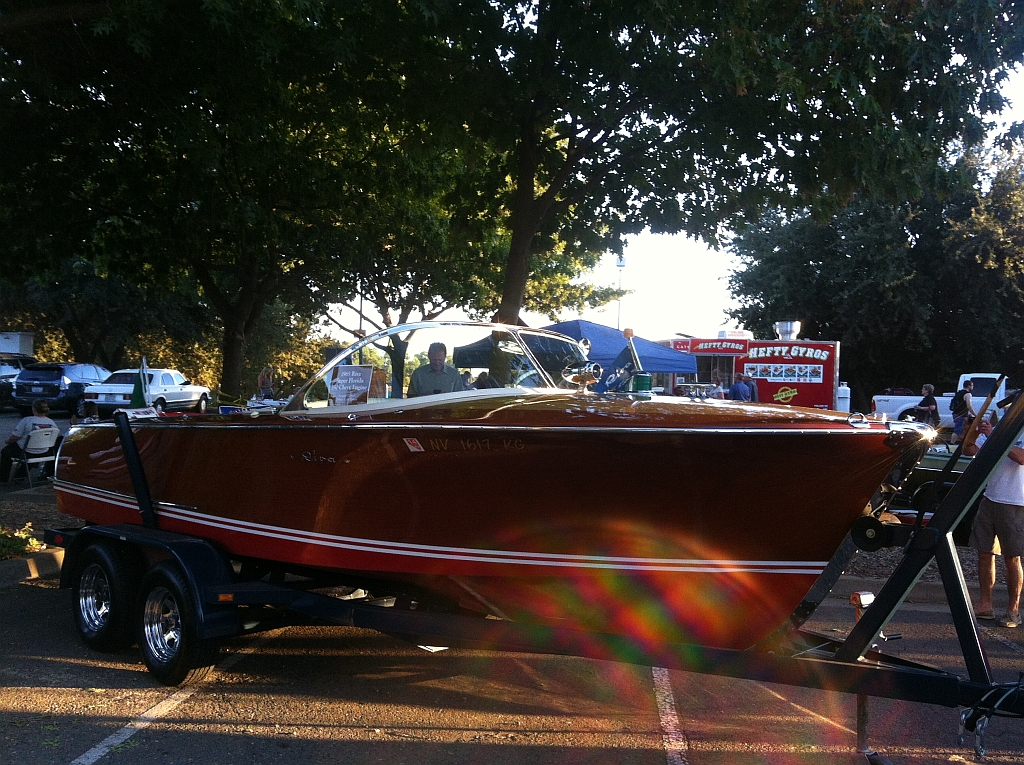 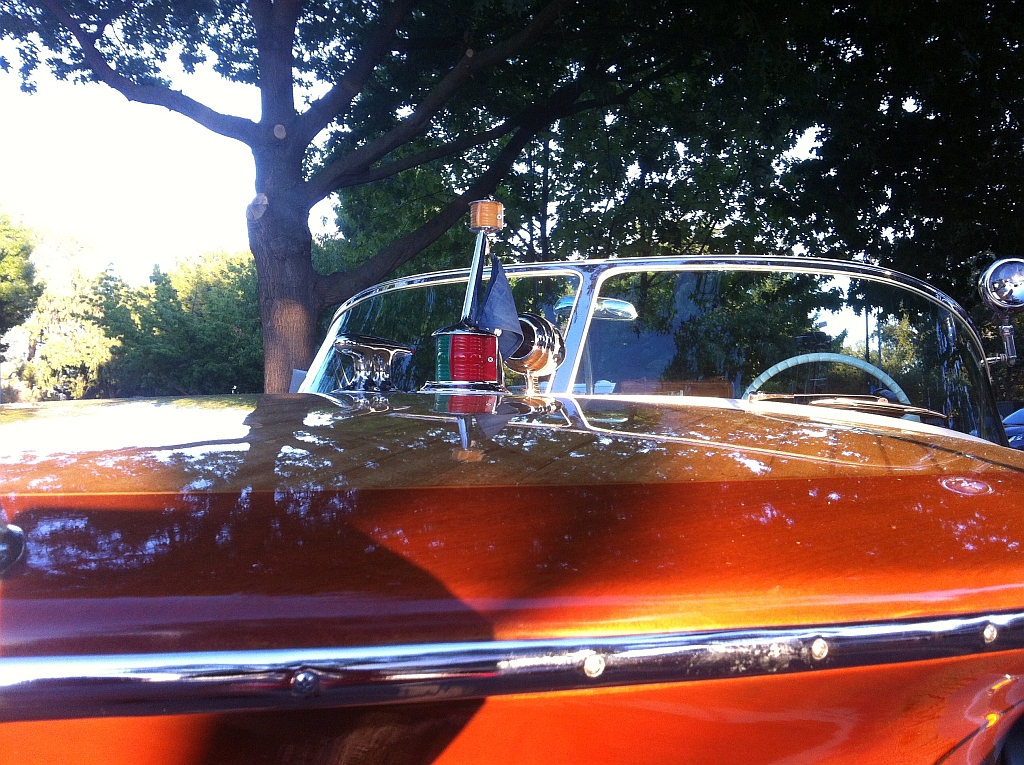 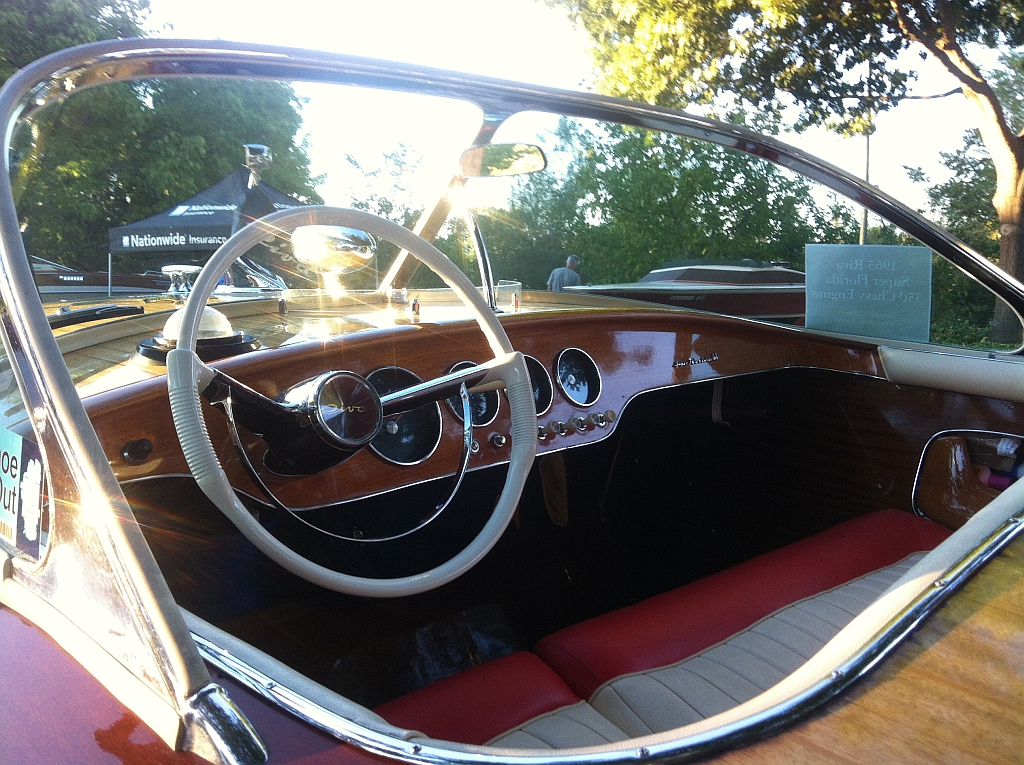 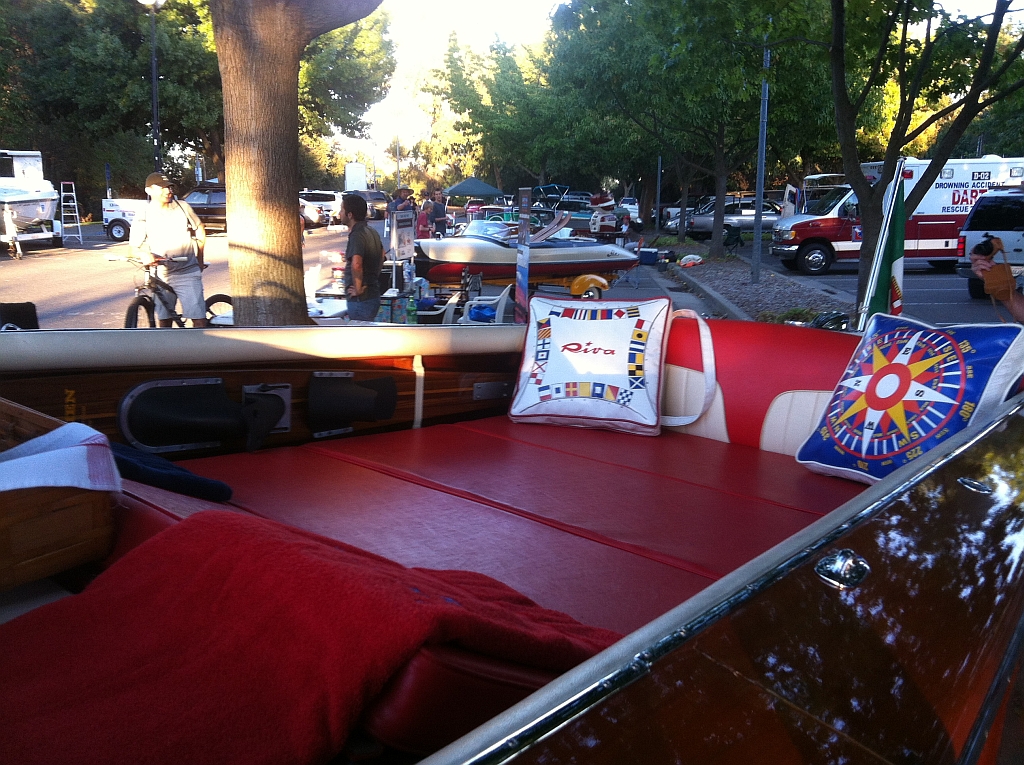 ...this is my friend's '55 Aristocraft Torpedo, Kent and Lydia. Purchased 3 years ago, Kent just finished restoring the Aristocraft just this past year. Originally from SoCal, Lake Arrowhead, this was the same model boat that his father used to own. He is also the 3rd generation owner of this '56 Chevy Nomad, originally purchased in Sacramento. His grandfather and father saved all the documents, receipts, and history of this cool wagon including old vintage pictures and stuff. Really cool. 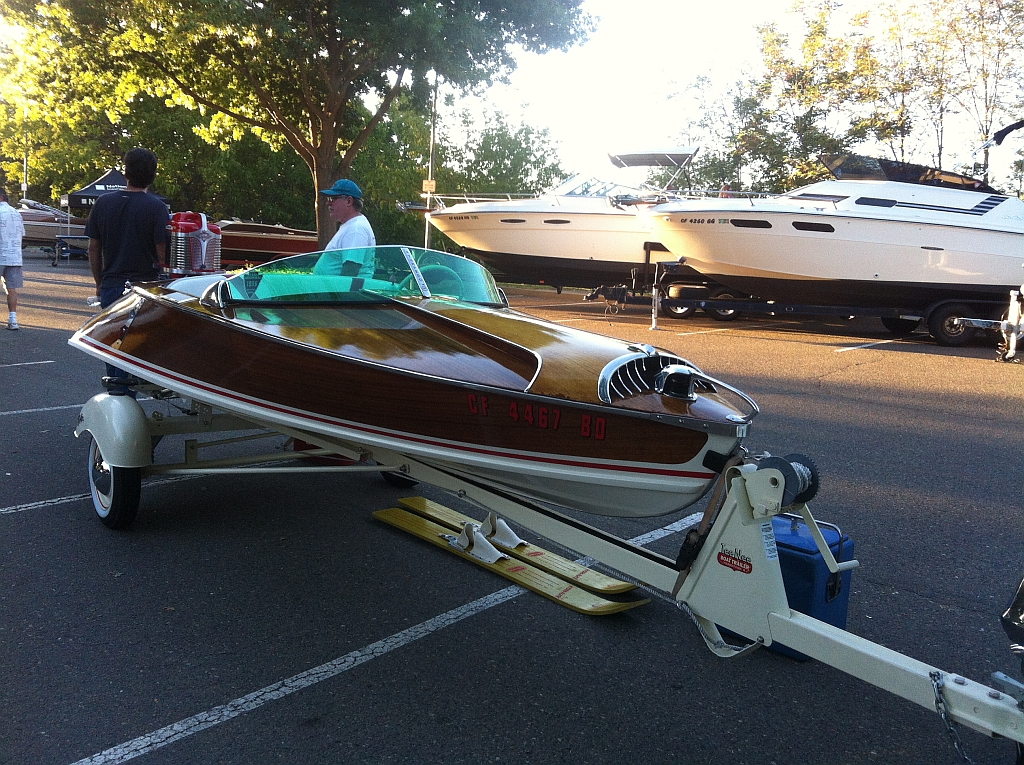 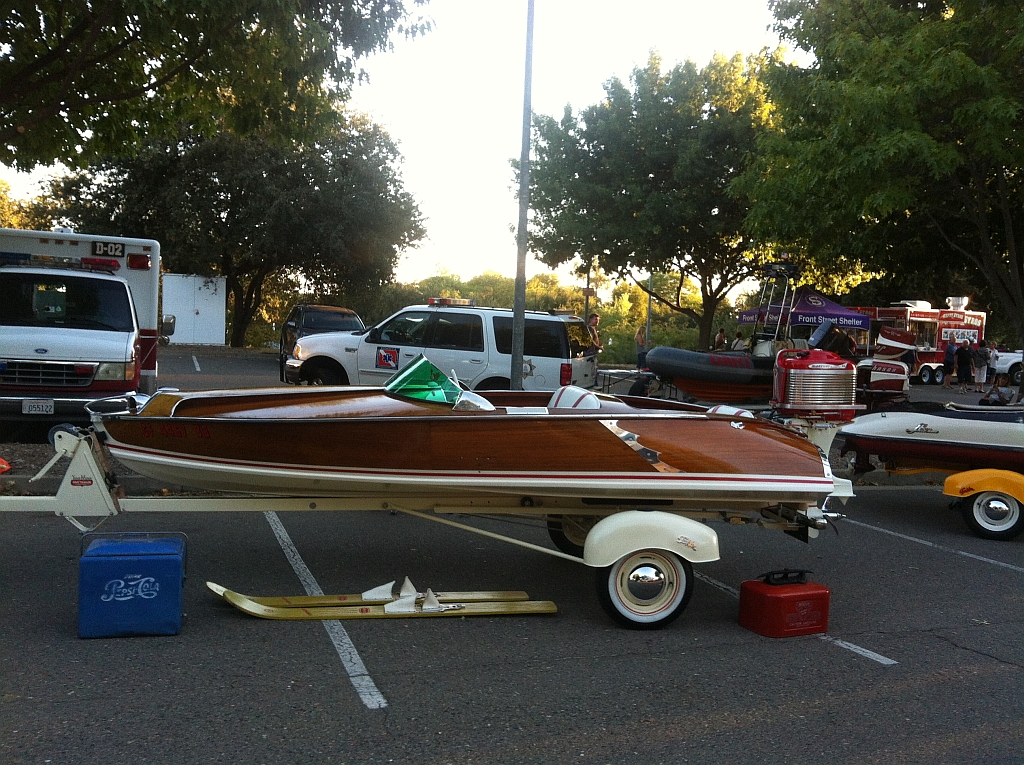 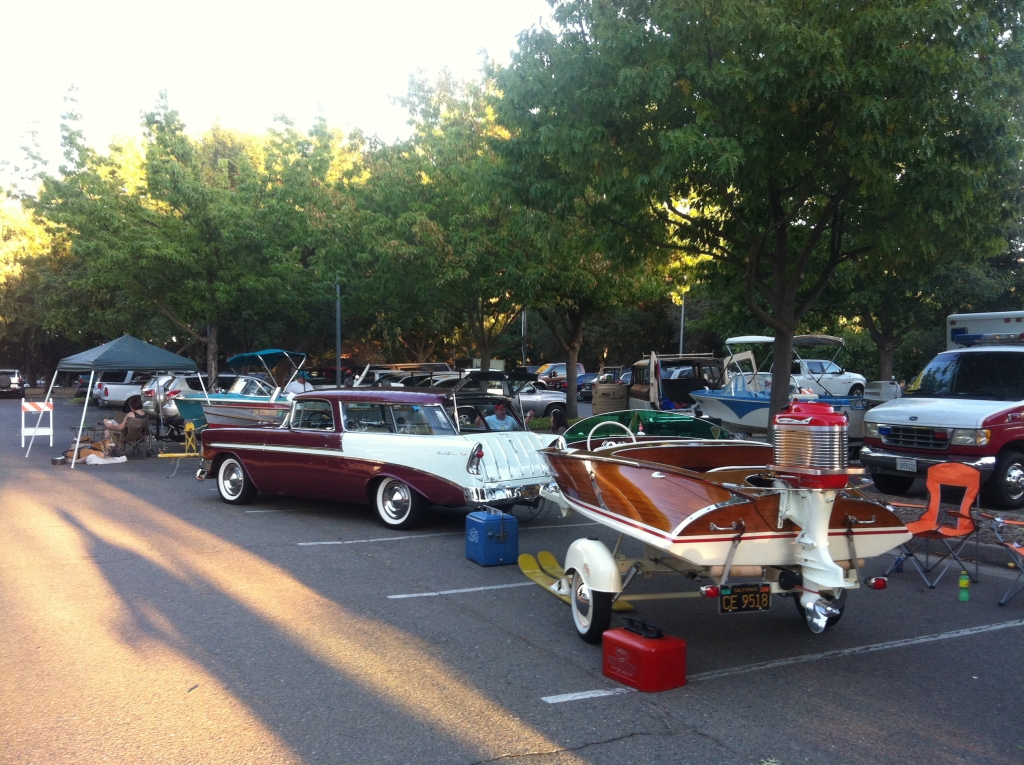 I like this old Tee Nee decal. This was the original decal when Kent bought the boat, trailer, and motor. 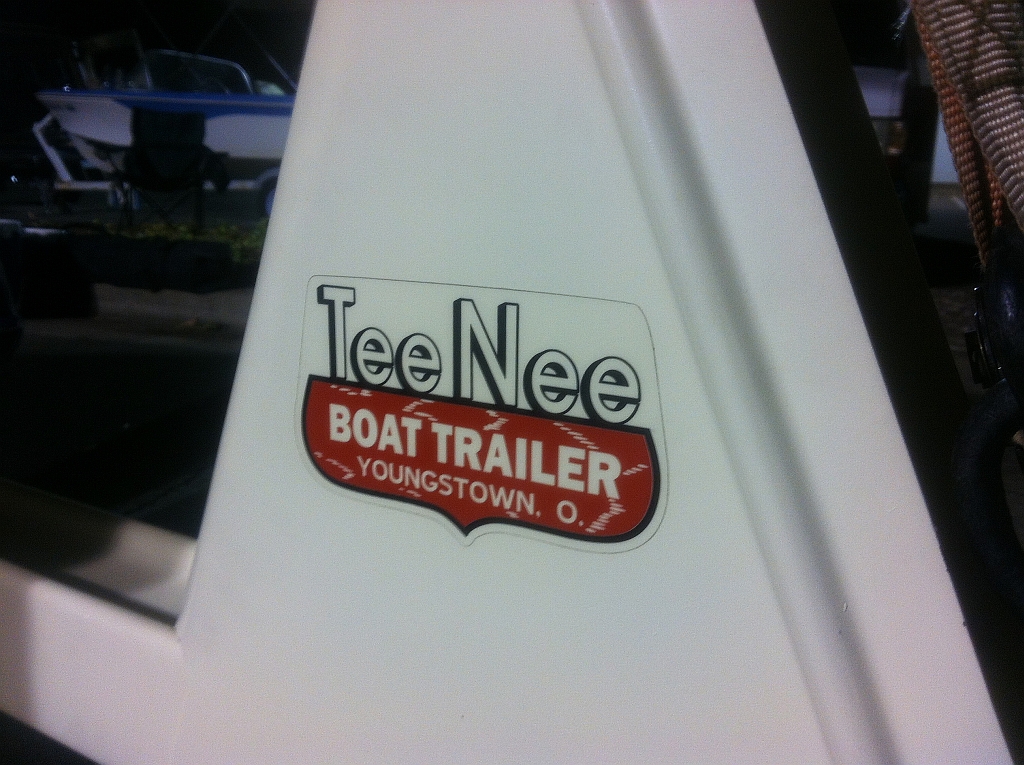 especially on the west side, a '55 Larson Falls Flyer. 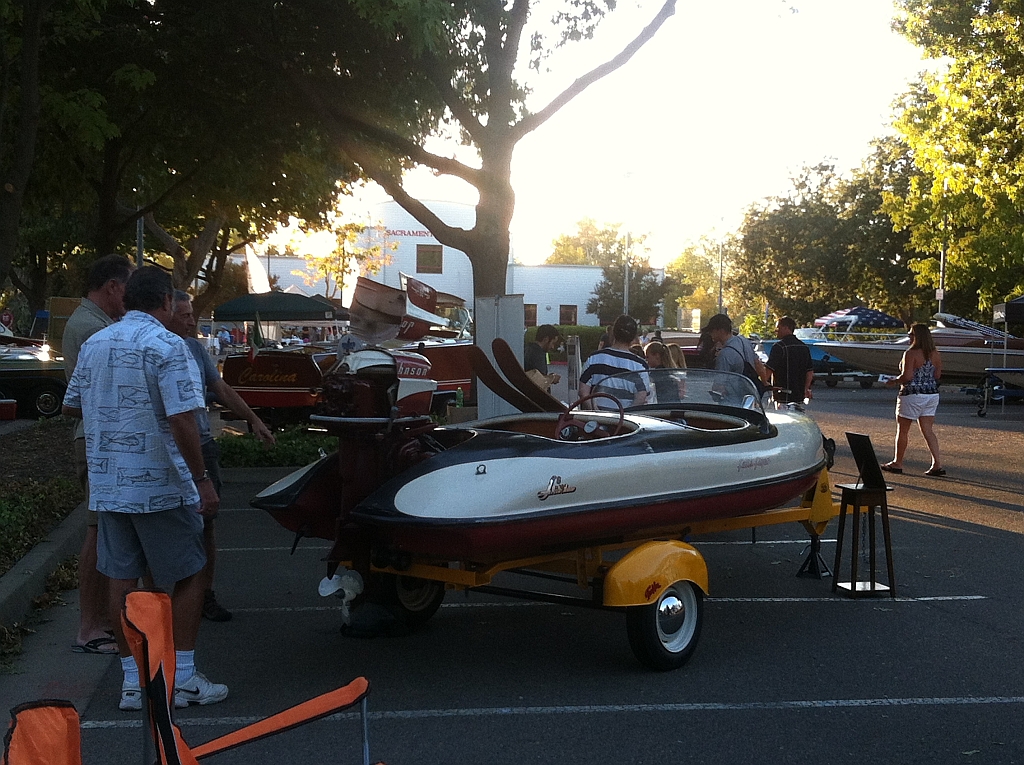 A couple of classic 1955 boats 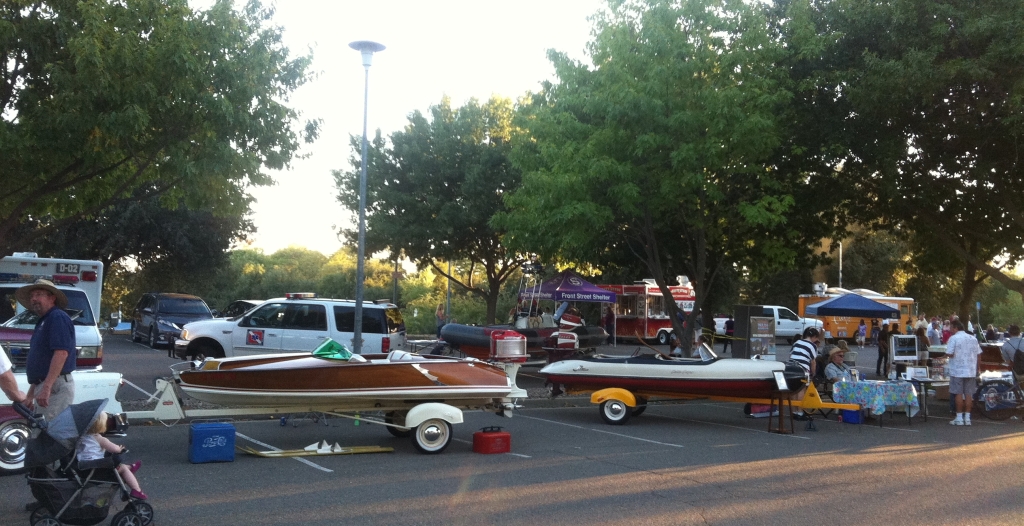 People have never seen or heard of a Falls Flyer before, well the folks attending the event that is. 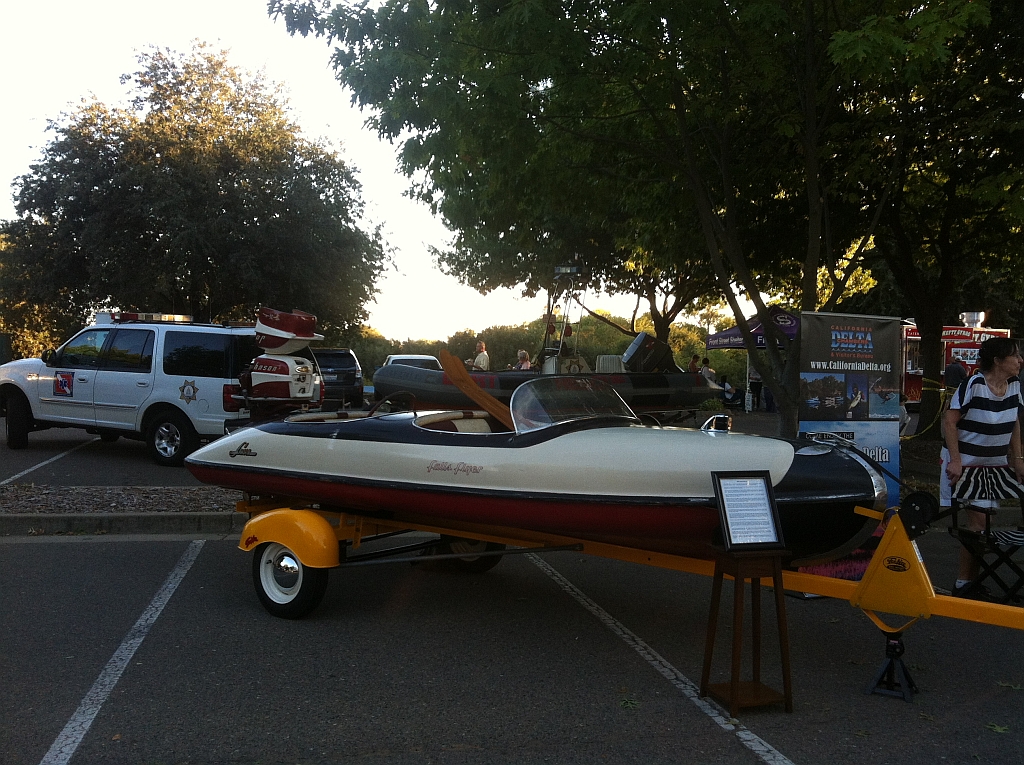 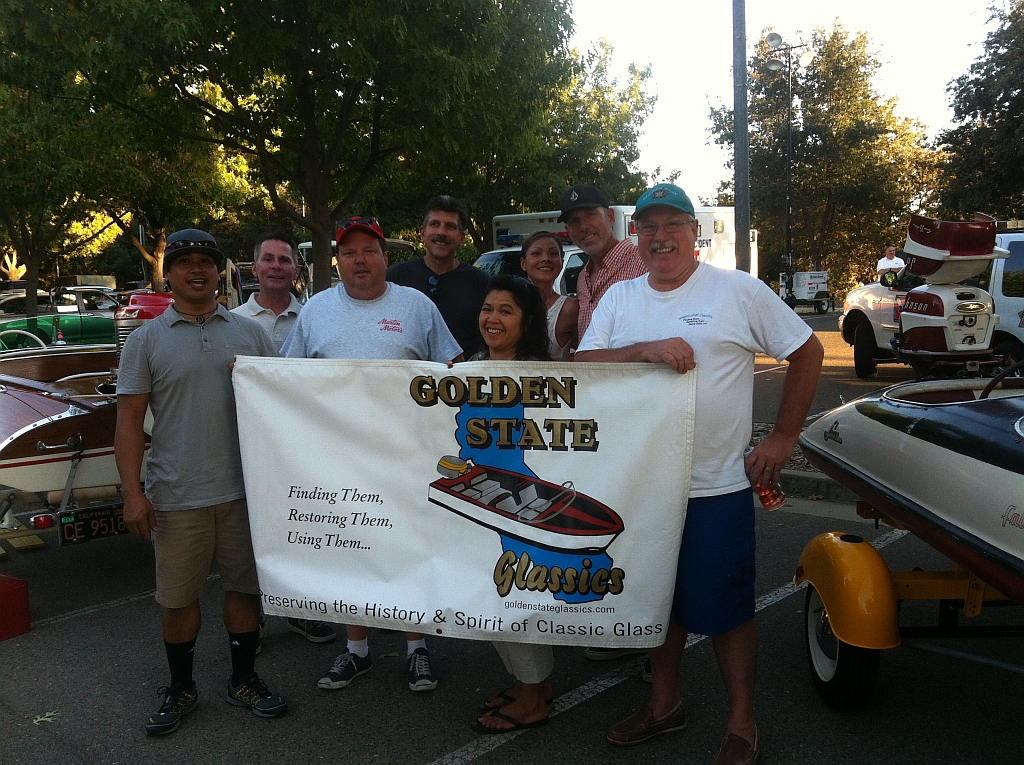 So while we talked to the public about our boats and answering any questions they may have, we run into a gentleman and his parents. He shares his love for vintage fiberglass boats because he has one, a very nice restored 1960 Glastron Fireflite, painted the same color as his '55 Chevy 2 door post, which by the way was also his father's car. He shared his pictures with us and we, especially me, enjoyed talking to him and his parents. You may know this gentleman. His name is Roger and currently resides in Arkansas. Originally from California, he was in town visiting relatives and he happens to check out this year's Vessels and Vines event. He is also a member here on FG, goes by the name of Beamer85. Anyway, it was really nice meeting and talking with you Roger. I've met several very nice gentlemen already within this hobby, whether it was in person, by phone, or by email, meeting people for the first time like Roger, is another reason why I enjoy this glassic community. Every single old boat guy and gal that I have met are all very cool and very nice folks. This is Roger (Beamer85) from Arkansas 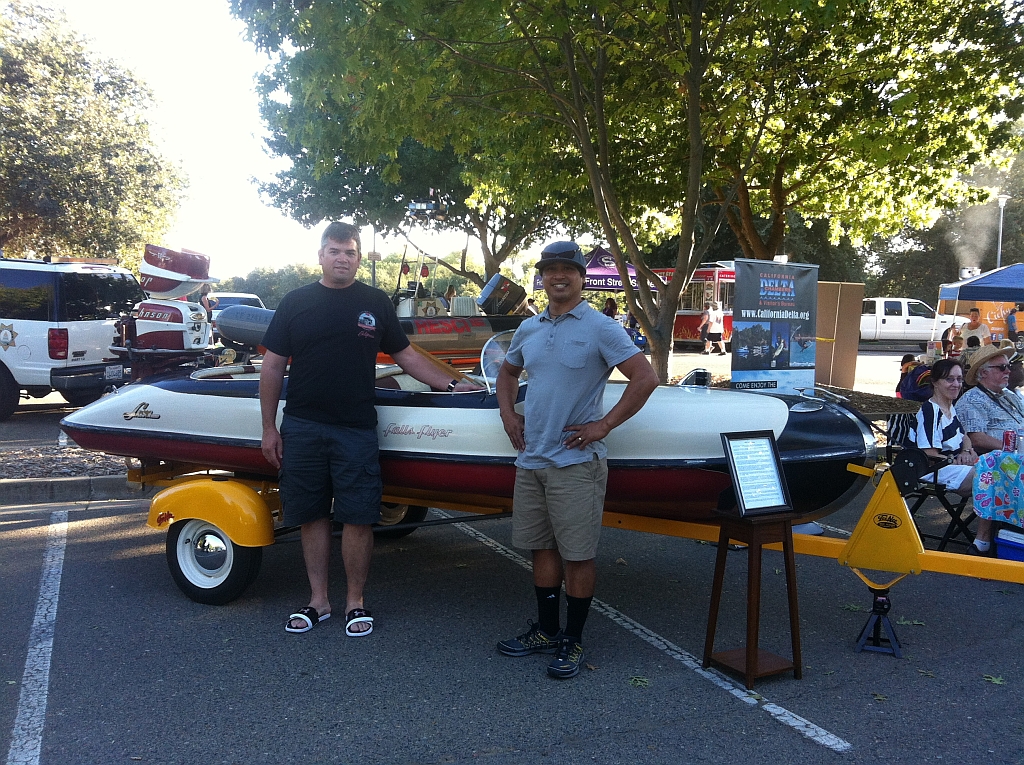 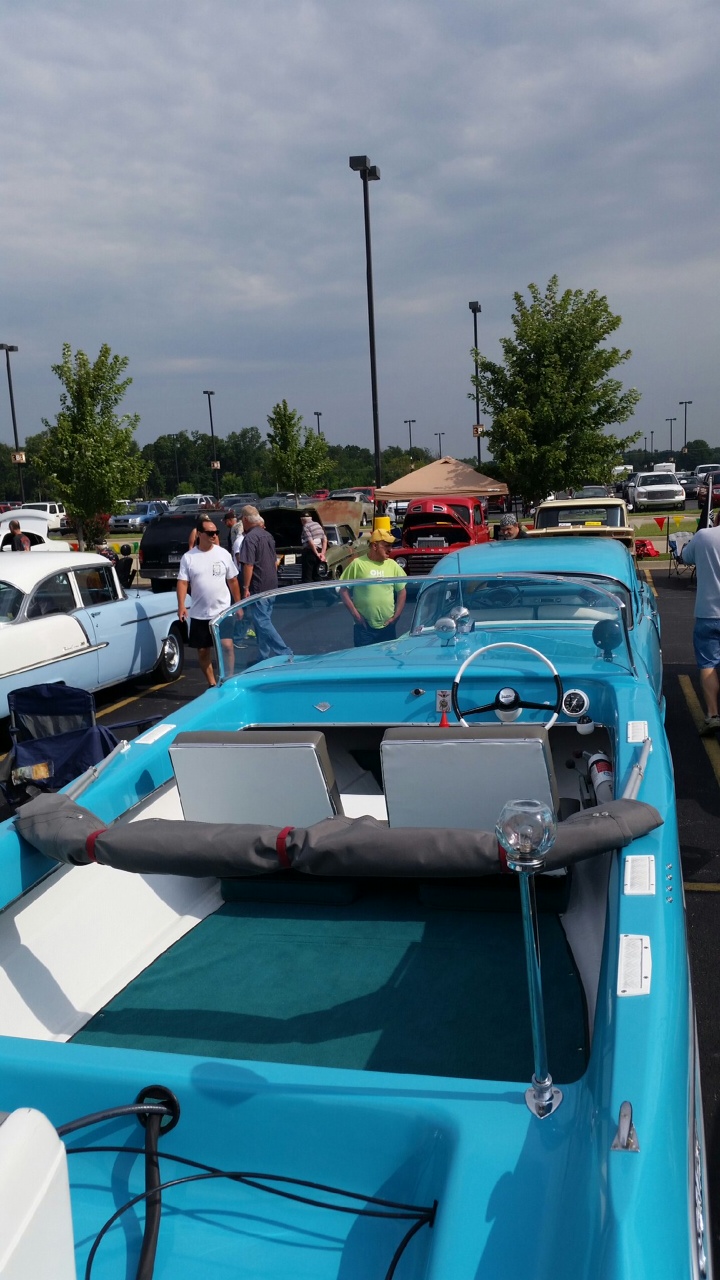 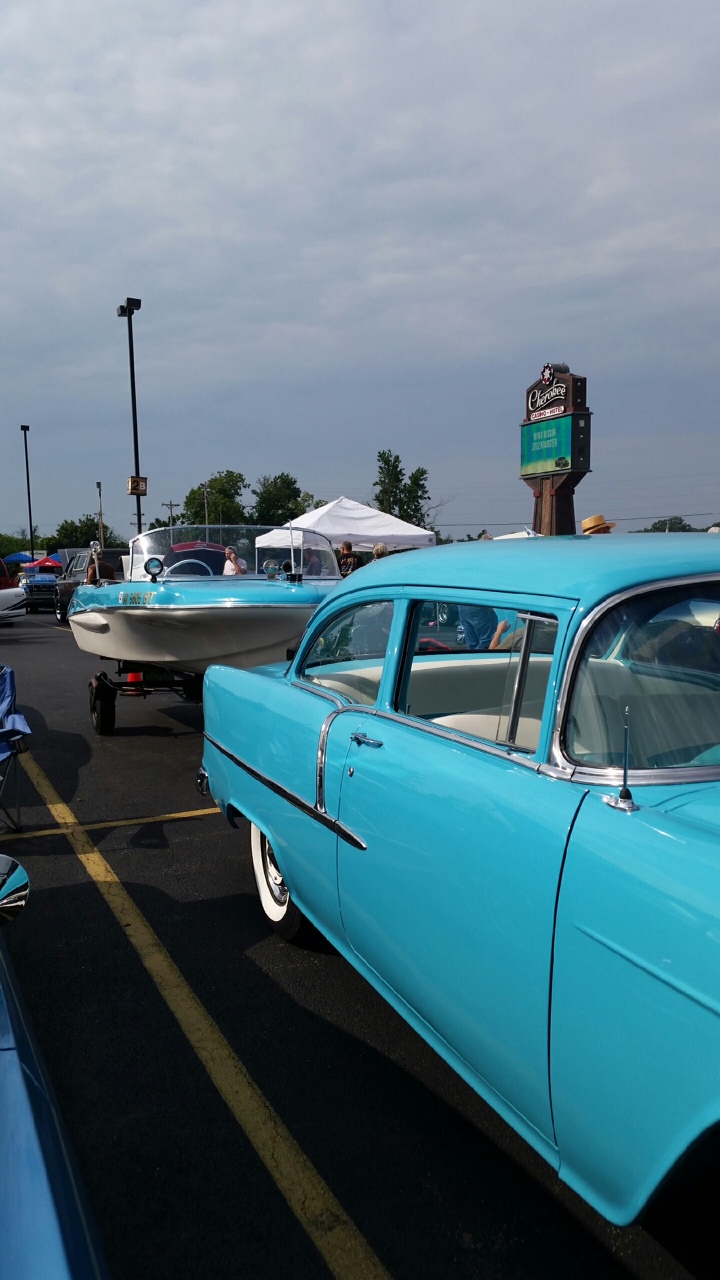 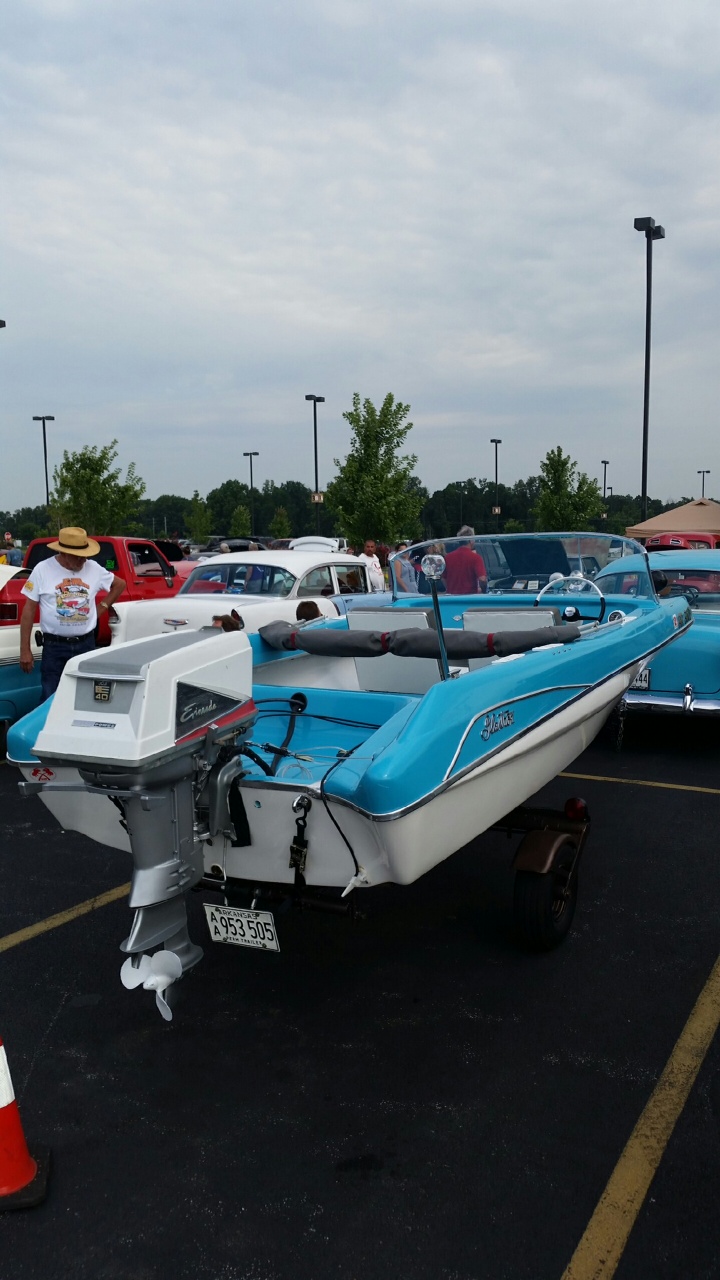 A touch of California flavor 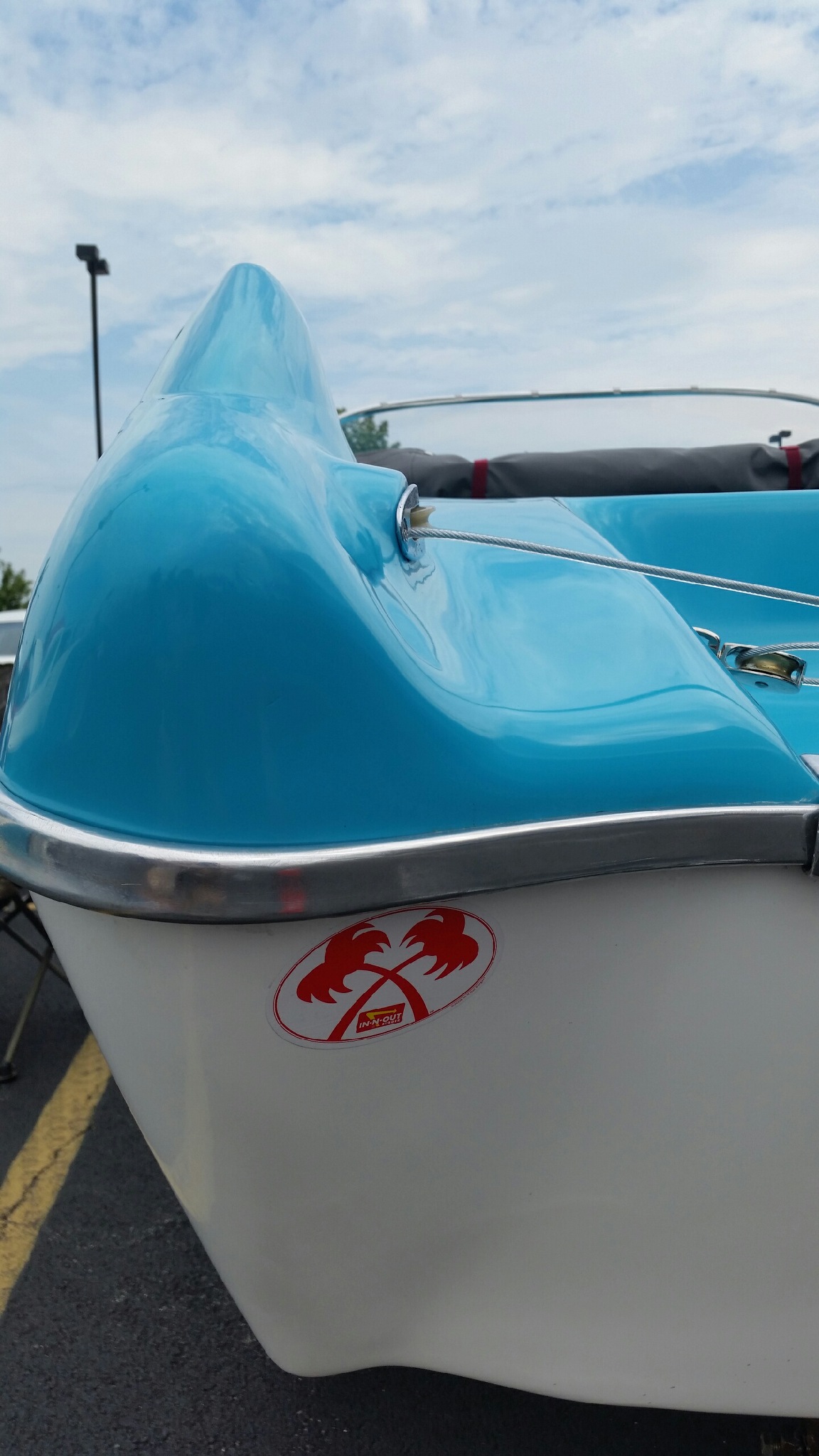